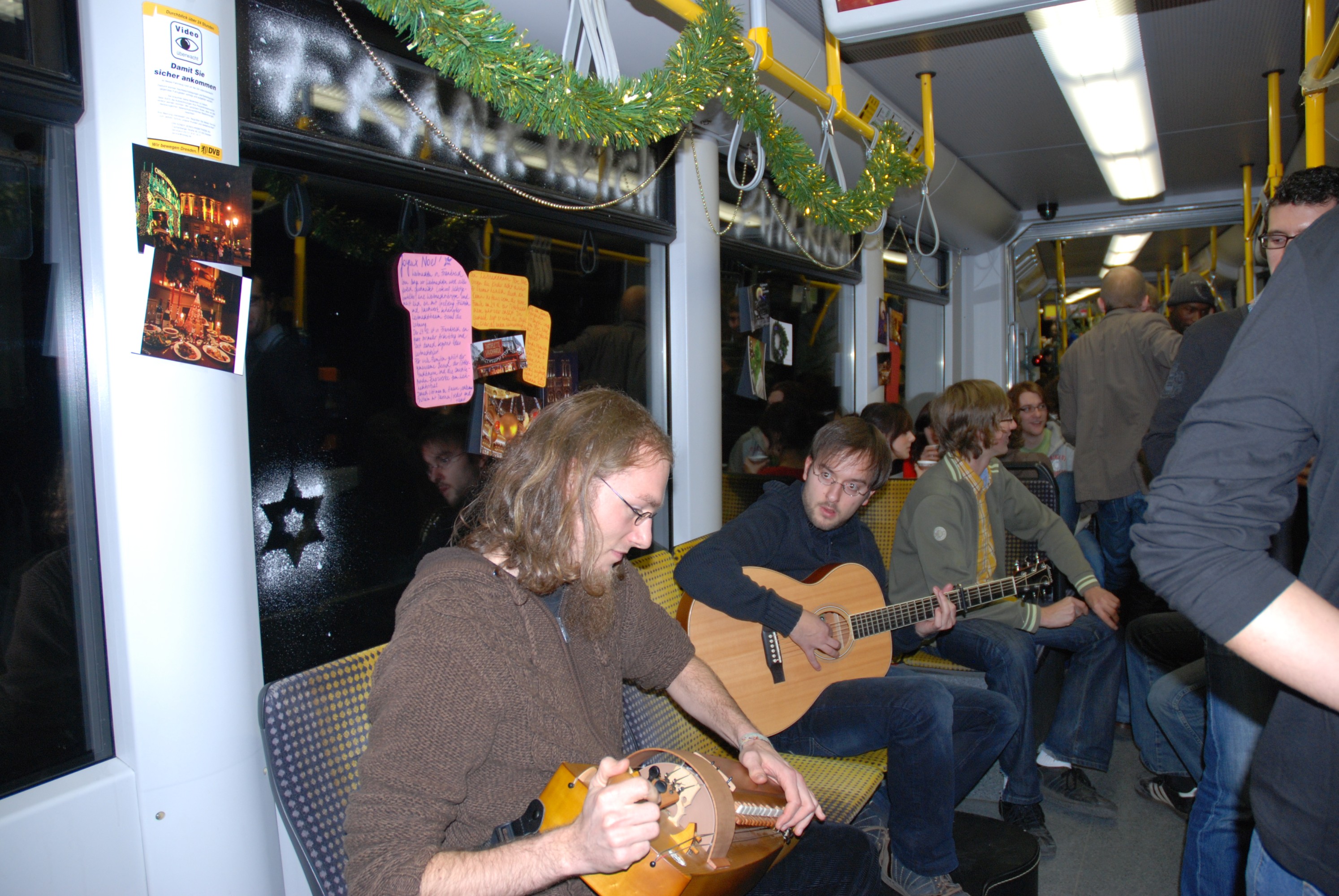 On the 6th December we met up at our starting point: the Gleisschleife Dresden-Plauen (Nöthnitzer Straße). Our Christmas angels greeted everyone with some yummy snacks at the check-in point. From there, the festively decorated tram started at about 5:45pm for the X-Mas Tram 2017.

After an entertaining tram ride through the wintry Dresden, where all of us were enchanted, we stopped directly at the main tram and bus garage of Dresden, the depot Trachenberge. Placed there is also the historical Straßenbahnmuseum (tram museum) Dresden. At the entrance we listened to the Christmas music from the trombone choir of the ESG Dresden and received hot drinks from the employees of the tram museum. Afterwards you were able to explore the museum. You can take a look around in the following video.

The Making of New Friendships

It were not only old trams awaiting you there but also the next part of our evening program including a variety of live music with five different groups of artists and other entertainment. We ate some traditional German Christmas food together and drank some Glühwein.
At the same time, the buddies had the chance to check out the offers of the Saxon citizens and find their favourite. Some of them were there in person so they met there for the first time.

The highlights of the evening were the performances of the Dresdner Kneipenchores and Ezé Wendtoin. Here’s a musical taste:

At about 9.45pm the tram took our guests back to the Gleisschleife Dresden-Plauen and it was time to say farewell. We hope that you enjoyed the evening and will be there again next year!